This is a great, balanced version of Klondike solitaire. Sure it has ads, however, Zynga does not Interrupt you between games with ads that seemingly try to "trick" you into downloading some useless App. A very enjoyable way to relax. I always try to complete each game as fast as i can, as the clock begins to tick as soon as you start playing. Very addictive.

Very Good
8.6
User Rating: Be the first one!
admin
tweet 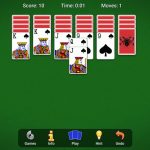 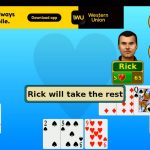